The OrientaliaRossica – Russian Oriental Studies of the 21st Century organized the 1st All-Russian Contest Best Student Media Project about East Asia among 18 Russian projects that are created and developed by students of Russian universities.

The Konnichiwa Club by the students of the MCU’s Japanese Language Department has won 1st place in the Contest. The jury highly appraised the MCU’s project and highlighted that the Konnichiwa Club is a full-fledged project about Japanese culture which has moved beyond conventional student initiatives.

Roman Bulando, the Konnichiwa Club editor-in-chief, Assistant Lecturer of the Japanese Language Department, has commented on the success of the team:

The project was established by undergraduate and graduate students of our department in 2016.

Now it is not really a student project. Some of us have grown up, graduated from university, and become university teaching staff members. However, we still embrace talented Japanese studies learners whom we carefully teach. Soon we will invite everybody to join the project.

As for the development, we hope to present soon a global update which we have been preparing since November. It remains a little bit to wait.

The project of Moscow State University has taken 2nd place in the Contest, and the project by students of HSE University in St. Petersburg has won 3rd place. 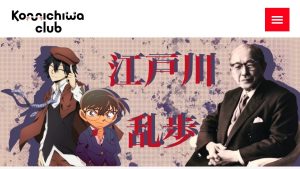