The topic of the lecture was The Excellence Strategy: Cutting-edge Research in Germany? The presentation was organized and held by the MCU’s Institute of Foreign Languages. The lecture was opened by Rector Igor Remorenko with the welcome address to the participants and Professor Steppat.

The lecture considered the ways to support and enhance higher education, introduced the German Excellence Strategy, and compared Russian and German experiences in developing teaching and research standards. Professor Steppat underlined that education in Germany is widely recognized as one of the leading training and research systems. Multiple international students and scholars annually pay academic visits to the country. However, the system is not perfect and needs revision as some institutions receive large investments and others suffer underfunding. The German Research Foundation (GRF) has developed the Excellence Strategy to ensure financial support for German universities. Nonetheless, not all institutions are able to satisfy the selection criteria for funding. And, as more advanced universities have received continuous financial support, the gap between the leading and lagging universities may increase. Moreover, the funding is often influenced by political decisions when state political leaders support their front-runners at the federal level.

Professor Steppat praised the 5—100 Russian Academic Excellence Project as it has been expanding and covering a growing number of higher educational institutions.

Further, Professor Steppat presented the Asian Cluster Center at the University of Bayreuth which has been selected as a cluster of excellence. The speaker elaborated on the cluster’s functions and research interests. The cluster is engaged in six fields of research. The Affiliations Research Section (RS) reviews African political, economic, and social affiliations. The Arts & Aesthetics RS concentrates on “creation, mediation, and interpretation, how artworks shape and are shaped by material and social conditions.” The Knowledges RS study the process of knowledge creation, processing, and dissemination. The Learning RS reviews diverse and multiple learning processes in Africa and conducts comparative research. Within the Mobilities Research Section, scholars focus on “the complex patterns of (im)mobility: the movements and blockages of people, things and ideas, within, towards and outwards from Africa.” The Moralities RS is concerned with the study of well-being and society in Africa.

A number of joint educational activities with University of Bayreuth have been scheduled for 2021, stay in touch for more information. 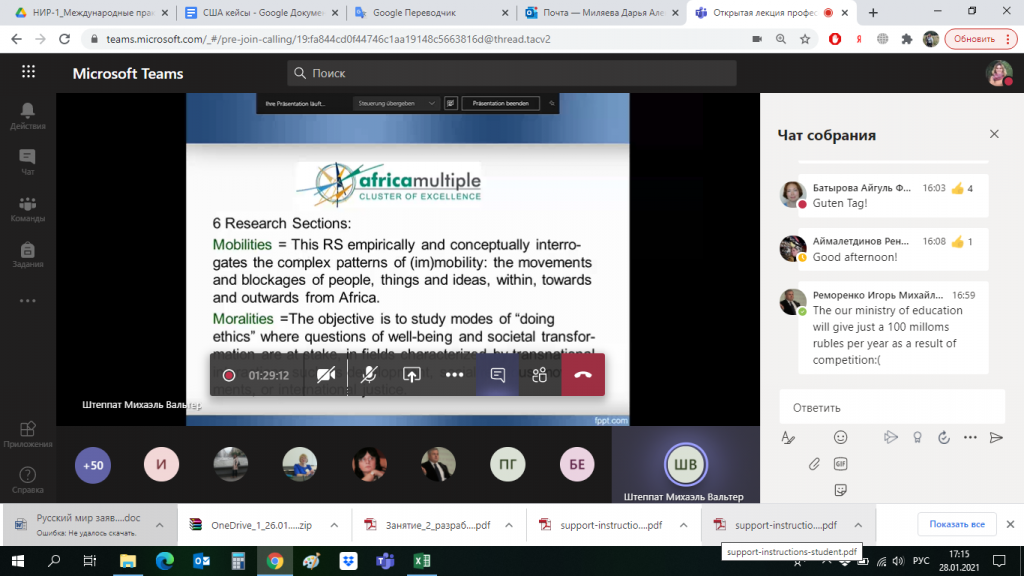 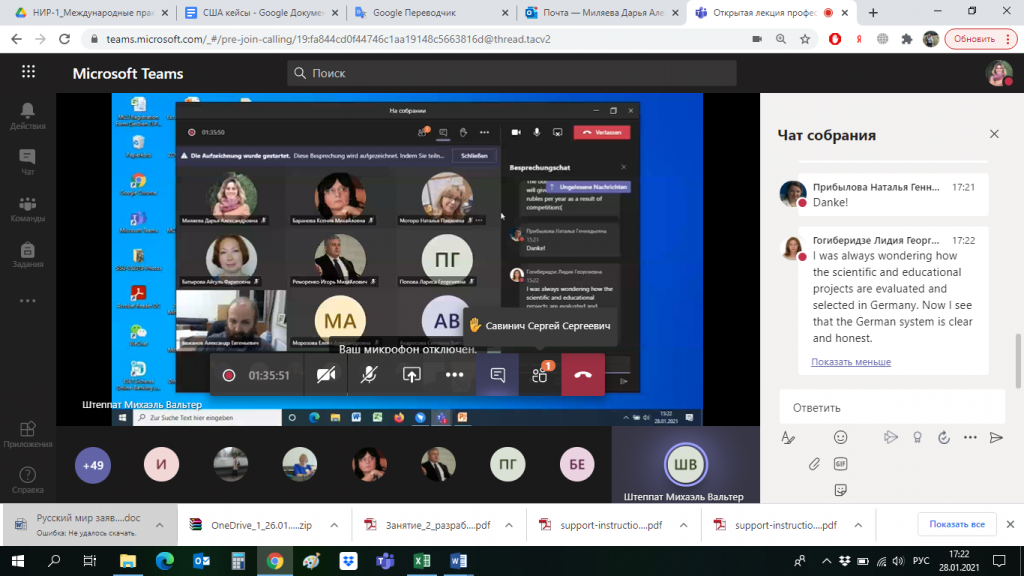