On December 5, MCU participated in the meeting with the representatives of the Embassy of Spain in Russia and the Moscow Department of Education and Science. The parties discussed the prospects of cooperation between Russia and Spain for 2019.

One of the main discussion issues included the academic exchange program of assistant teachers of Russian and Spanish languages that is curated by MCU. José Aurelio Llaneza Villanueva, Attache for education, recognized the high standard of the program implemented by MCU and the support provided by the Department of Education and Science. 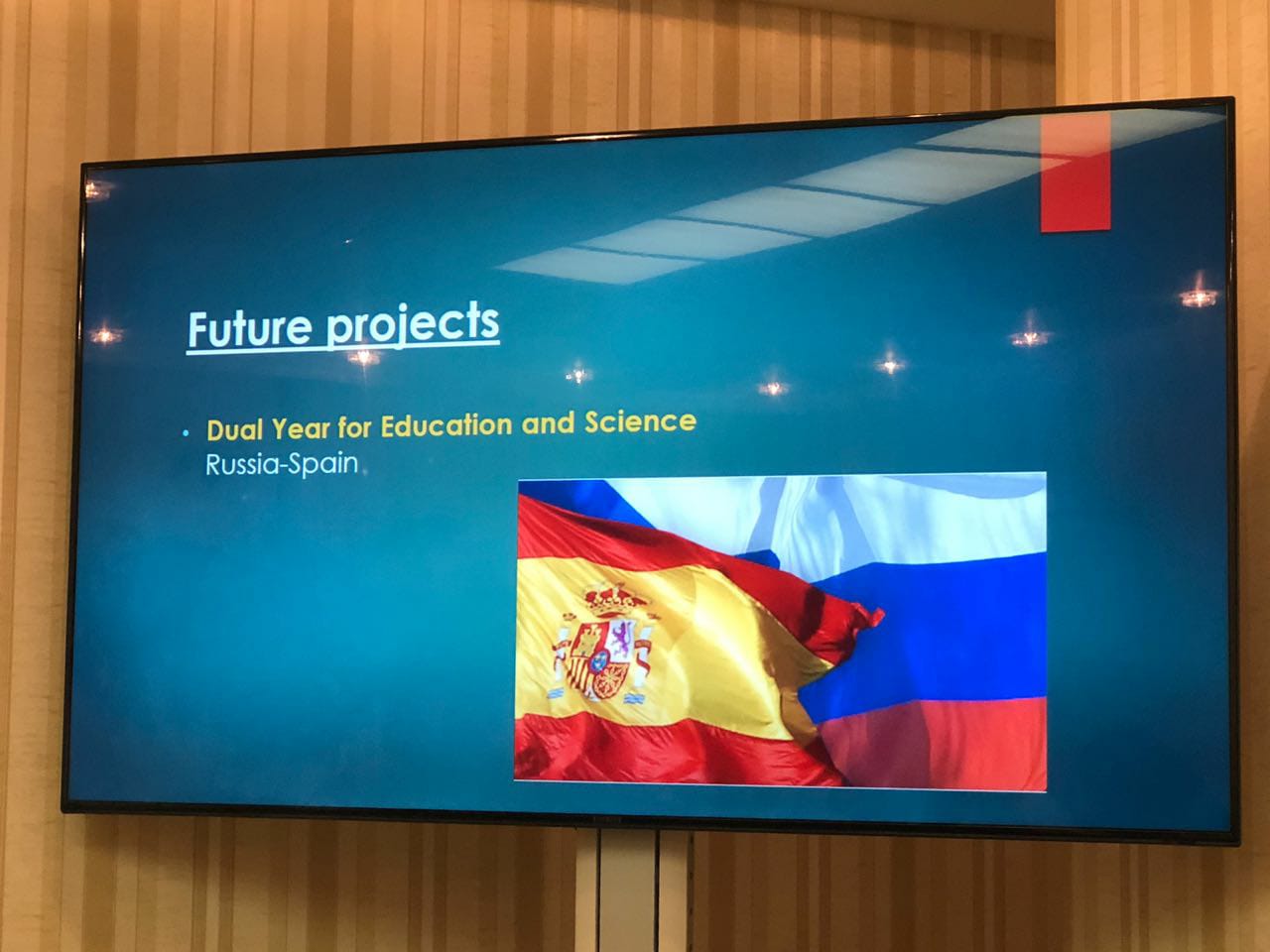 The parties also talked about the programs of professional retraining, as well as cooperation between educational institutions of Spain and Moscow. Tatiana Vasilyeva, Deputy Head of the Department of Education and Science, supported the idea of extending the scope of activities in the educational sphere.

The prospects of cooperation between Russia and Spain include festivals, contests, and academic competitions aimed at promoting learning foreign language, literature, art and culture.

At the meeting, MCU was represented by Kirill Barannikov, Head of the Department for Strategic Development, and Anastasia Suvirova, Senior Researcher at the Education Policy Laboratory.

The Embassy of Spain was represented by José Aurelio Llaneza Villanueva, Attache for education, Javier Torres Hernández, Technical Advisor of the Education Department, and Svetlana Kostylyova, Attache Assistant on education.